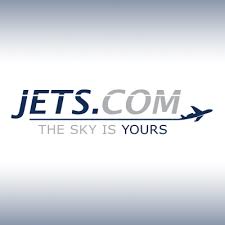 Serving as head of jets.com, Edgar Alacan provides a winning combination of competitive prices and bespoke customer service. Client focused, Edgar Alacan strives to educate passengers new to private jet travel on the specifics of having a comfortable experience that takes full advantage of this convenient mode of travel. One of the key words when flying charter is flexibility, not only in terms of itinerary but also in terms of baggage handling and arrival and departure times. One major advantage is that, provided that minimal notice is given, it should be possible to change itineraries much closer to the flight date than with commercial flights. Keep in mind that availability can be affected by last minute decisions. To give yourself the widest range of options available, book two weeks in advance. Cancellations of private charters can generally be made with 72 hours notice, but this varies with price, itinerary, and carrier, and it makes sense to confirm in advance the specific cancellation policy in place. Flexibility extends to aircraft choice, with the exact model available at a given time and place variable. Being open to flying a comparable model, such as a Gulfstream G400 instead of a Citation X, can generate significant savings compared with requiring a specific aircraft at a specific location. It pays to remember that this variability in aircraft model availability is the flip side of the flexible itineraries that many value when booking charter flights.
Posted by Edgar Alacan at 1:51 PM

Top Advantages of Being A Jet Card Member

Based in Lake Como, New Jersey, Edgar Alacan earned a bachelor’s degree in business administration at Brooklyn College. A co-founder of Jets.com, a company operating a fleet of private luxury jets, Edgar Alacan serves as managing director and oversees the sales department.

Clients of Jets.com can choose to purchase a Jet Card, a membership plan that helps frequent air travelers reduce travel costs. The prepaid Jets.com Jet Card can be purchased in increments of 25 hours and redeemed when needed.

Membership provides the assurance that a flight is always available with as little as 24 hours of notice required to book. Jets.com flights operate 365 days per year and offer superior service to clients through personalized booking assistance and flexible options. No long-term commitments are required with membership, and there are no hidden or additional costs for additional overnights, fuel surcharges, deadhead charges, taxi time or repositioning. The aircraft size assigned to the membership plan also can be upgraded or downgraded at any time without incurring a penalty.
Posted by Edgar Alacan at 2:16 PM

What is Duchenne Muscular Dystrophy?

The co-founder of JETS.com, Edgar Alacan handles strategic management and implements cost-effective operational plans to drive long-term growth. Outside of work, Edgar Alacan serves as a board member for Pietro’s Fight, a non-profit organization committed to raising awareness for Duchenne Muscular Dystrophy. A fatal genetic disorder that affects 300,000 boys worldwide, Duchenne Muscular Dystrophy involves a progressive loss of muscle function and strength. The disease is caused by a loss of dystrophin, a protein without which the body’s skeletal muscles deteriorate. Symptom onset usually begins between ages three and five, and by the teenage years, the disease usually affects the heart and respiratory muscles. While there is no cure for Duchenne, new treatment protocols are extending the average life expectancy into adulthood. In addition to pharmacological strategies, gene therapies, such as antisense-mediated exon skipping, have been somewhat effective in treating dystrophic muscle. For more information about Duchenne Muscular Dystrophy or to support Pietro’s Fight, visit www.pietrosfight.org.
Posted by Edgar Alacan at 9:57 AM 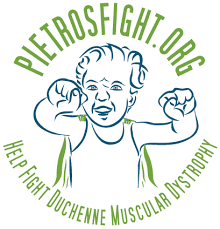 Edgar Alacan, an experienced executive in the aviation industry, oversees operations at Jets.com as co-founder. Since starting the company in 2008, Edgar Alacan has been responsible for developing the logistics and sales process for the company’s various private air travel products.Although flying commercial is often more cost-effective, there are several benefits to passengers who use private aviation that are worth considering. Below are a few examples:- Personalized menu: Commercial flights may offer flyers a few different options when it comes to meals. However, they cannot match the customization available in private planes. When flying privately, individuals are free to choose ahead of time nearly everything, from their type of cuisine to their beverages.- Avoidance of crowds: When going to a major airport to fly commercially, individuals must contest with large crowds, long TSA lines, and waits at baggage claim areas. This is all avoidable with private flights, since many private planes can take off and land at smaller airports.- Quicker flights: Since commercial planes are larger, they usually climb at a slower pace than private jets. Because of this, they take longer to get above inclement weather. Further, they fly slower than private jets, thus resulting in passengers arriving at their destinations later.- Added privacy and freedom: Groups are free to hold uninterrupted meetings during their flight on a private jet, and individuals can listen to music without headphones. Further, passengers can walk around the plane or change seats, if desired.
Posted by Edgar Alacan at 12:32 PM